Numbers above are rounded

KUWAIT – November 15, 2022 – Agility, a long-term investor and operator in supply chain services, infrastructure, and innovation, today reported third-quarter earnings of KD 12.6 million, or 4.95 fils per share, an increase of 48.3% over the same period in 2021 excluding the earnings reported last year from GIL. Agility’s EBITDA increased 57.5% to KD 45.8 million and revenue was KD 256.3 million, an increase of 105.9%.

The Q3 numbers include two months of results from Menzies Aviation, which was acquired by Agility during the quarter. On a like-for-like basis, excluding Menzies numbers, earnings stood at KD 10.8 million, an increase of 27.7% over the same period in 2021, again excluding the earnings reported last year from the sale of GIL. Agility’s EBITDA increased 21% to KD 35.2 million and revenue was KD 166.8 million, an increase of 32.2%.

Agility Vice Chairman Tarek Sultan said: “Agility reported good results in this quarter despite challenging market and geopolitical conditions. Our controlled businesses continued to perform well and execute their growth strategies. Our investment segment was impacted by the broader stock market performance. However, Agility is a strategic investor. We look beyond the movement in the daily share price as we take a strategic long-term view of these businesses, and we have conviction that they will deliver value, growth and returns for our shareholders over the long term.”

Sultan said “Agility’s acquisition of UK-based aviation-services provider John Menzies PLC, completed in Q3, is part of Agility’s strategy to add and grow core businesses with the potential for strong returns. By combining our National Aviation Services (NAS) business with Menzies, we’ve created a global industry leader with a footprint in developed and developing aviation markets around the world.”

“Agility is a different company today than it was two years ago, but we continue looking to accelerate growth across our portfolio by unlocking value for shareholders, customers, employees, partners and communities,” Sultan said. “Agility will continue to create long-term value by operating and investing in growing sectors and geographies.”

In Kuwait, an ALP affiliate is developing 1.2 million sqm of land as industrial and storage complexes in Sabah Al Ahmed residential area. In Saudi Arabia, Agility recently signed an agreement to build a logistics park near Jeddah and operate the park under a 25-year concession. The ALP-Jeddah is to open in 2025.

Tristar, a fully integrated liquid logistics company, reported revenue growth of 75.5% for the third quarter 2022. Tristar won renewal of two large long-term contracts to supply fuels for peacekeeping missions, solidifying the company’s position as the top supplier among those listed on United Nations procurement website. In addition, Tristar’s acquisition of a 51% ownership stake in HG Storage International Limited contributed to its Q3 growth.

United Projects for Aviation Services Company (UPAC) saw a 28.7% third-quarter revenue increase. The increase was mainly attributable to a rebound in airport-related services and parking following the reopening of Kuwait International Airport and easing of post-COVID restrictions, which resulted in an increase in flight and passenger volumes. UPAC expects this trend to continue with a gradual increase in airport traffic in 2022 and beyond.

UPAC is a co-investor in Abu Dhabi’s Reem Mall, on Reem Island, a project with an estimated value of USD $1.3 billion. The retail, entertainment, and leisure attraction is expected to be completed and fully operational in 2023. Carrefour, Reem Mall’s anchor tenant, opened in February 2022. The mall will be the region’s first, fully integrated omni-channel retail ecosystem with digital, e-commerce, and logistics capabilities, bringing together all consumer and retailer services to ensure a seamless customer experience.

Last month, Agility signed an agreement with the Egyptian government to develop and operate two customs and logistics centers in the Suez Canal Economic Zone, one of the most important trade hubs in the region.

Agility holds non-controlling minority stakes in a number of businesses, both listed and non-listed, with a carrying value of roughly KD 1.2 billion. The carrying value of those stakes declined from the Q2 level of KD 1.4 billion as the result of broader declines in global equity markets. Global markets have been volatile amid increases in interest rates, supply chain disruption, and ensuing economic impact.

As a long-term investor, Agility is focused on the growth potential of these business and their ability to generate value.

Tap into our supply chain services and investment expertise.

Tap into our supply chain services and investment expertise. 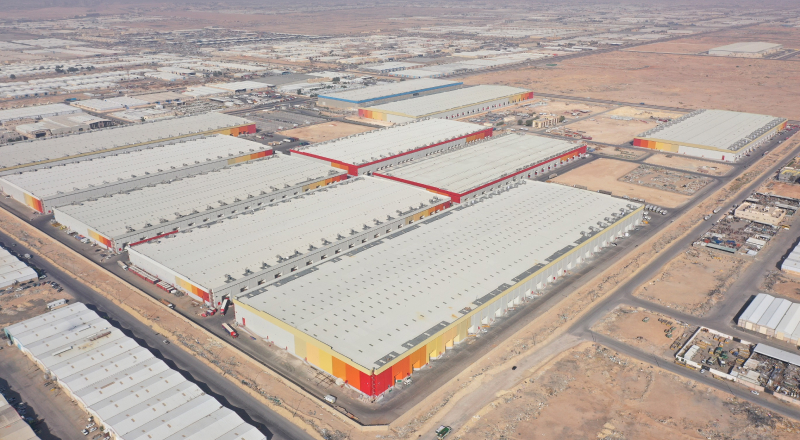 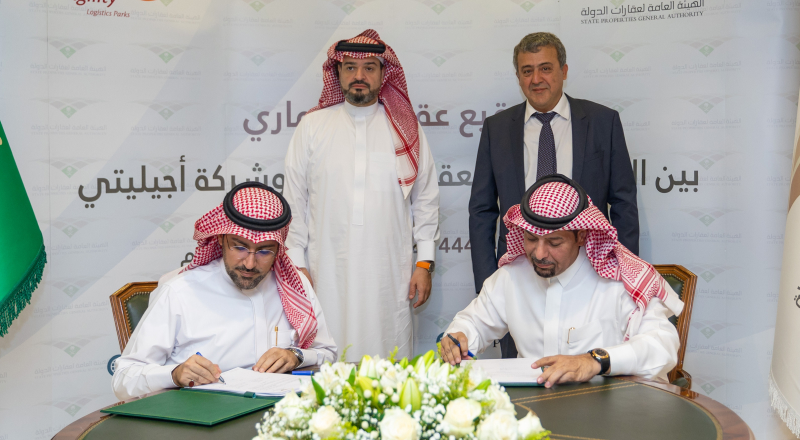 Agility said it will build a large logistics park for storage and distribution n...
Read More
About Agility

Agility is a global leader in supply chain services, infrastructure and innovation. With a workforce of 50,000+ across its group of companies, Agility has a footprint in six continents and is a pioneer in emerging markets. Agility owns and operates businesses that include the world’s largest aviation services company; the market leader in industrial warehousing and logistics parks in the Middle East, South Asia, and Africa; a commercial real estate business developing a $1.2 billion mega-mall in the UAE; a liquid fuel logistics business; and companies specializing in customs digitization, remote infrastructure services, e-commerce enablement, digital logistics, and more. Agility invests in innovation, sustainability and resilience, and owns stakes in listed and non-listed companies that are reshaping logistics and transportation, energy, e-commerce, and other industries. Agility is a publicly-listed company in Kuwait and Dubai.